First of all, by “make money online” I mean all the Internet marketing niches, including blogging, social media, SEO, affiliate marketing and so on.

The question I am asking is: should someone who is getting started online enter the Internet marketing niche directly?

Many people seem to think so, judging by the amount of blogs and websites we see popping out in this niche every month.

In my opinion, however, this is a mistake.

Why? Because entering a mainstream niche (e.g., health care, education, finance, travel and so on) can be easier, because there might be less competition there, and more profitable, because the size of the potential audience is much larger. That is why they are called “mainstream” after all, because they appeal to the majority of the population, while Internet marketing has a really small audience in comparison.

This is clearly not true.

There are many people out there making a killing in mainstream niches, the only difference is that they don’t blog about how much money they are earning, about the strategies they are using to achieve it and so on.

Now don’t get me wrong. Internet marketing is a profitable niche. I am not arguing otherwise. I am just saying that, in comparison, mainstream niches can be even more profitable.

At this point you might be thinking: “It is easy for you to say Daniel, but you have a blog about blogging and a course about making money online.” This is true, but I also have many other online properties in mainstream niches. Want one example? My other blog, DailyWritingTips.com, was launched after this one, and despite that it receives more traffic and makes more advertising money. 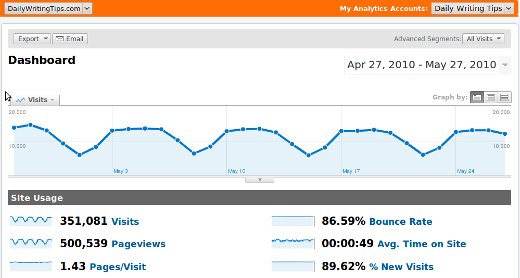 What is the explanation? It is simple, the “writing tips” niche has less competition and a larger potential audience. Most of my new projects these days are on mainstream niches as well, exactly because I think there is more money to be made there.

The bottom line is: You don’t need to enter the “make money online” niche to have a profitable website. If you learn the Internet marketing principles and apply them to mainstream niches you might end up making more money.

16 Best Pay Per Call Networks + [Get Paid For Every Call]

The Ultimate MaxBounty Review for Affiliates