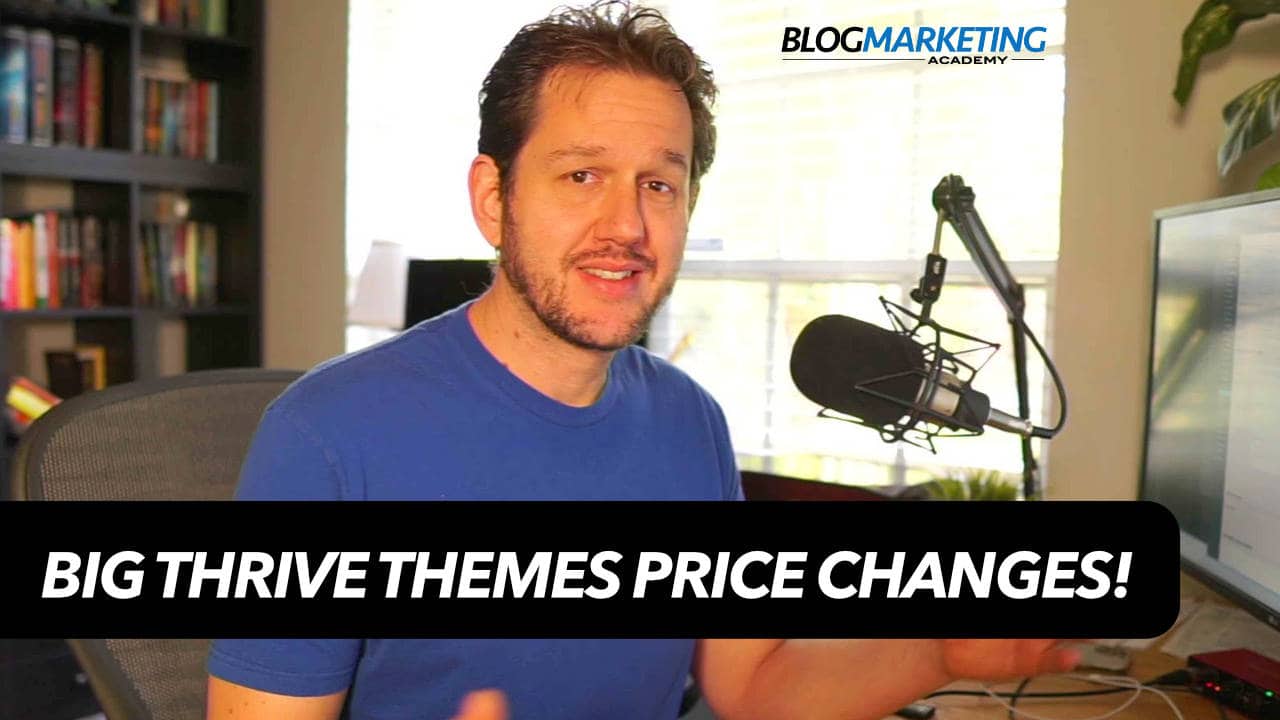 It wasn’t that long ago that Thrive Themes made the executive decision to stop selling their plugins individually and instead put them all under the Thrive Suite banner.

Well, there have been some important Thrive Themes pricing changes.

For several years before that, they had each one of their plugins available as standalone purchases. In fact, they were one-time purchases. If I recall, you got lifetime updates, but only one year of support.

That pricing scheme was obviously attractive to end users, but it probably also meant some more headache for Thrive Themes. The Thrive membership and its recurring nature made better sense for business as well as the expensive of ongoing developer resources to keep up those tools.

So, they stopped selling their plugins individually and instead wrapped it all up into Thrive Suite.

Well, they just changed it all up again.

And here’s what they’ve done…

All of those standalone prices are for one site.

Obviously, Thrive Suite remains (by far) the better deal because you get access to all of it as well as being able to use it on 5 sites rather than just 1.

I think all of those standalone prices are the same as each tool cost before, only now they are recurring.

I think these standalone prices make sense because they lower the barrier to entry and allow you to purchase just one of Thrive’s tools if that’s the only one you need. For instance, many people may want the Quiz Builder but they already have a working site using other tools. Now you won’t have to buy the entire Thrive Suite just to get access to something like Quiz Builder.

And from a business perspective, being on an all-recurring model just makes sense in the world of software development. Many end users don’t really understand the time and resources that go into not only supporting software, but also continuing to develop it. It requires paying good developers and it requires overhead. And those expenses are recurring, so income needs to be recurring, too.

So, those are the Thrive Themes pricing changes. Thoughts?

Thrive Automator Is Out Of Beta. And Here’s Why That Matters…

Bluehost vs GoDaddy Hosting (Which One Is Better For Your Needs?)